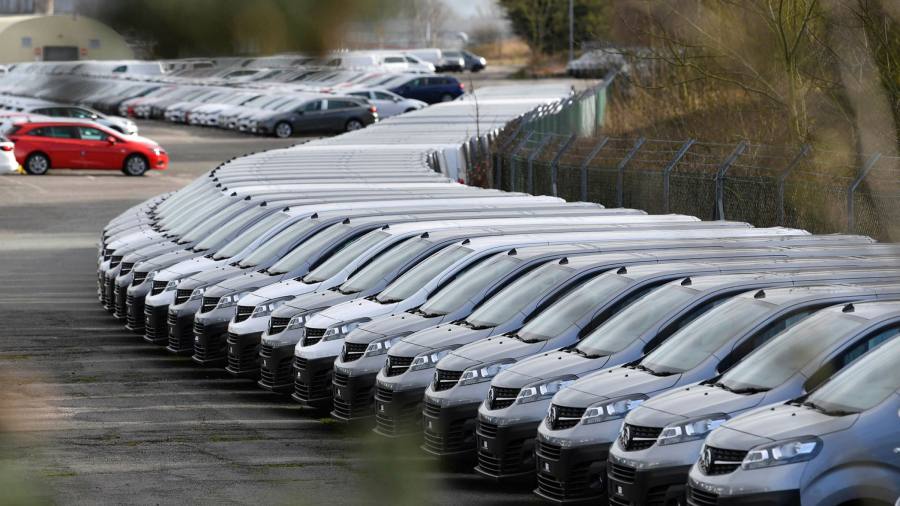 Stellantis will manufacture electric vans at its Ellesmere Port plant with a Â£ 100million investment that protects the Cheshire plant, following a UK government funding deal.

The automaker, formed by the merger this year of PSA and Fiat Chrysler, owner of Peugeot and Vauxhall, will manufacture electric versions of the Vauxhall and Opel Combo vans, as well as the CitroÃ«n Berlingo and the Peugeot Partner on site.

However, the group will initially downsize the plant and import batteries for vehicles, although it is open to purchase from UK factories in the future as its sales increase, according to people briefed at. his plans.

After months of talks described as “intense”, ministers agreed to financial support of around Â£ 30million for the Stellantis investment, people familiar with the talks said.

This is the second major electric vehicle investment in the UK to be announced in a week, following Nissan’s Â£ 1bn plan to build an electric model and battery plant in Sunderland, and comes as the government tries to increase investment in battery production in the UK.

â€œThis Â£ 100million investment demonstrates our commitment to the UK and to Ellesmere Port,â€ said Carlos Tavares, CEO of Stellantis. â€œProducing battery-electric vehicles here will promote clean, safe and affordable mobility for citizens. Since 1903 Vauxhall has been manufacturing vehicles in Britain and we will continue to do so.

Business Secretary Kwasi Kwarteng called the investment a “clear vote of confidence in the UK as one of the best locations in the world for competitive and high quality automotive production”.

As Stellantis needs more pickup truck capacity to meet growing demand resulting from the door-to-door delivery boom, the company is also required to increase its plant space as a condition of the â‚¬ 50 billion merger. between PSA and FCA which was finalized in January.

To allay fears that a merged group might dominate the highly profitable European van segment, Stellantis has agreed to produce more vans on behalf of Toyota, which has a commercial vehicle partnership with PSA.

Stellantis’ move saves the plant, which suffered from declining sales and risked following Honda’s auto plant in Swindon and Ford’s engine plant in Bridgend, both of which have closed.

At its peak, Ellesmere Port employed 12,000 workers. Its current workforce is around 1,000 after the reduction in work shifts in recent years and the layoff of staff.

Staff were told in a briefing on Tuesday that manufacturing space at the site would be reduced by 64% due to efficiency improvements, according to a person familiar with the details.

Ellesmere Port is one of the UK’s most export-exposed factories, sending around 80% of its Astra models to Europe, while relying on imported components for more than three-quarters of its parts.

Video: Why Succeeding In Making Electric Cars Is No Small Business

WHO statement on the CVO + cure clinical trial – Madagascar

City set to back $30,000 request for Jacksonville homeless shelter aid