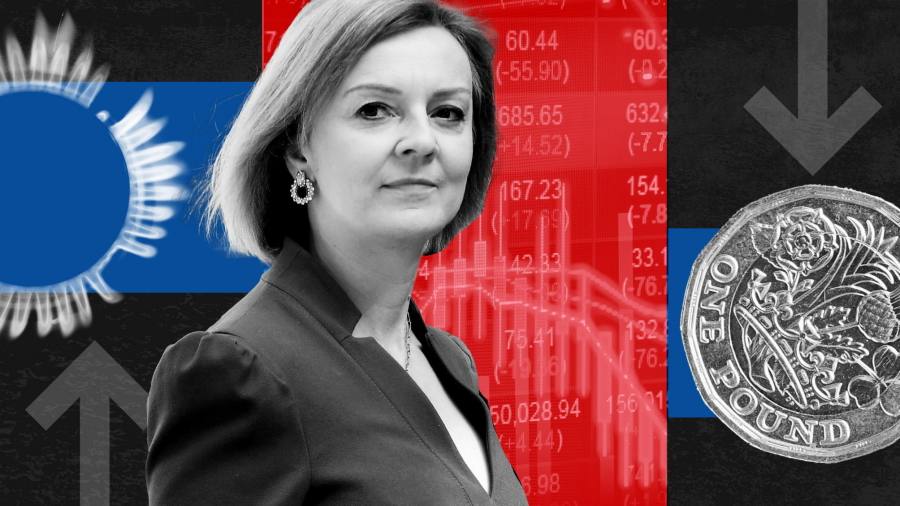 The government’s recent budget plan fails to respond to the UK’s twin economic crises in a way that takes account of evidence or experience. While they are absolutely right to focus on cushioning the shock of the soaring cost of living and trying to spur growth, the policies they have outlined do neither. ‘other. The extreme market reaction to the “mini-budget” reflects the fact that the government has not told a credible story about its economic strategy.

The British economy has two pressing problems. The first is a cost-of-living crisis fueled by dramatic shifts in supply and demand for goods – especially energy – in times of war, pestilence and other business disruptions. The second is over a decade of low growth and low productivity, or what the Economy 2030 Survey memorably calls “Stagnation Nation.” With the highest inflation rate in the G7, labor productivity growth well below the OECD average, stagnant real wages since 2010 and a host of other dire economic indicators, it is not surprising that the Bank of England predicts that British households are facing the biggest collapse. living standards since such records were first kept 60 years ago.

We should let the BoE do its job of raising interest rates to fight inflation. Now is not the time to do anything that could undermine the independence of the central bank, which has enabled low and stable inflation from which we have all benefited. A massive fiscal expansion and a collapse of the pound only complicates the BoE’s job and will mean that interest rates will have to rise even further to control prices.

In a good society, we should provide the greatest cushion to those who need it most. Capping energy prices is a very expensive response (in the region of £100bn) that provides support to many people who don’t need it and reduces incentives to make progress on climate change . Instead of a cap, the government should offer a universal vital tariff for energy consumption up to a certain level to protect the poorest households and small businesses, and let those who consume the most pay a price Steps. It would cost less, help everyone, and maintain the incentives to use energy more efficiently.

When it comes to boosting growth, we need a serious plan to deal with the chronic underinvestment that is driving UK productivity stagnation. Despite many years devoted by economists to the productivity conundrum, it is becoming clear that the answer is quite simple: chronically low investment rates in both the public and private sectors.

When I was at the World Bank, we did hundreds of surveys of investors about what determines their willingness to invest in a country. The main reasons were almost always the same: first macroeconomic and political stability (which was jeopardized in the UK), high quality infrastructure and skills. Low tax rates and enterprise zones were still near the bottom. The key to growth is creating an environment where there are great business opportunities – tax rate differences of a few percentage points are largely irrelevant if you’re making a lot of money.

A better policy response would be to use all remaining fiscal space to invest in a serious productivity agenda. This would include mechanisms to increase investment in infrastructure, skills, research and innovation, as well as incentives for businesses to adopt technologies to increase productivity and achieve net zero targets. An investment of £100bn in these areas would be transformative for the UK and would have far more impact than the same amount of tax cuts for high earners and businesses. The markets would also react much more favorably.

The government is right on another point: redistribution is not a panacea. A better option is to invest in people so they can earn decent wages in the labor market – what economists call “pre-distribution”. Current policy proposals actually do a lot of redistribution (in favor of the wealthy) in the hope that some of it will trickle down. A much better alternative is to invest more in pre-distribution – early childhood education, adult learning, research and innovation and infrastructure, especially in deprived areas. This way everyone has a chance to have a decent standard of living.

The current proposals are bad economics. It is also a missed opportunity that will close options for the future. A better option would solve the short-term energy problems more effectively while using this crisis to tackle the longer-term productivity problems facing the UK so that the economy can grow, deliver a good level of life to all and continue to make progress in the fight against climate change. change.

Fall statement live: OBR expects inflation to average 9.1% this year and 7.4% in…